Melanie Ditton worried when her husband told her he wanted to sell their home in Portland, Ore., and retire to La Quinta, Calif., one of the nine cities that make up the Greater Palm Springs area in the Coachella Valley. When she started vacationing there 10 years ago, everyone she met was in their 60s and there wasnt a lot to do at night.

I came down here kicking and screaming, says Ms. Ditton, a 55-year-old CPA. I was afraid of being bored.

Three years later, having bought a four-bedroom, three-bathroom house for $849,000, Ms. Ditton says she is rarely bored. Even when the raucous annual Coachella Valley Music & Arts Festival takes place over two weekends in April, she isnt bothered by the hordes of young partiersshe enjoys the music from her backyard. I love the vibrancy it brings, she says.

The Coachella Valley has transitioned from a sleepy place where old people go to retire into a happening destination for all ages. The Kardashians made headlines in August after a trust for the family bought a seven-bedroom mansion in the La Quinta neighborhood for $12 million. 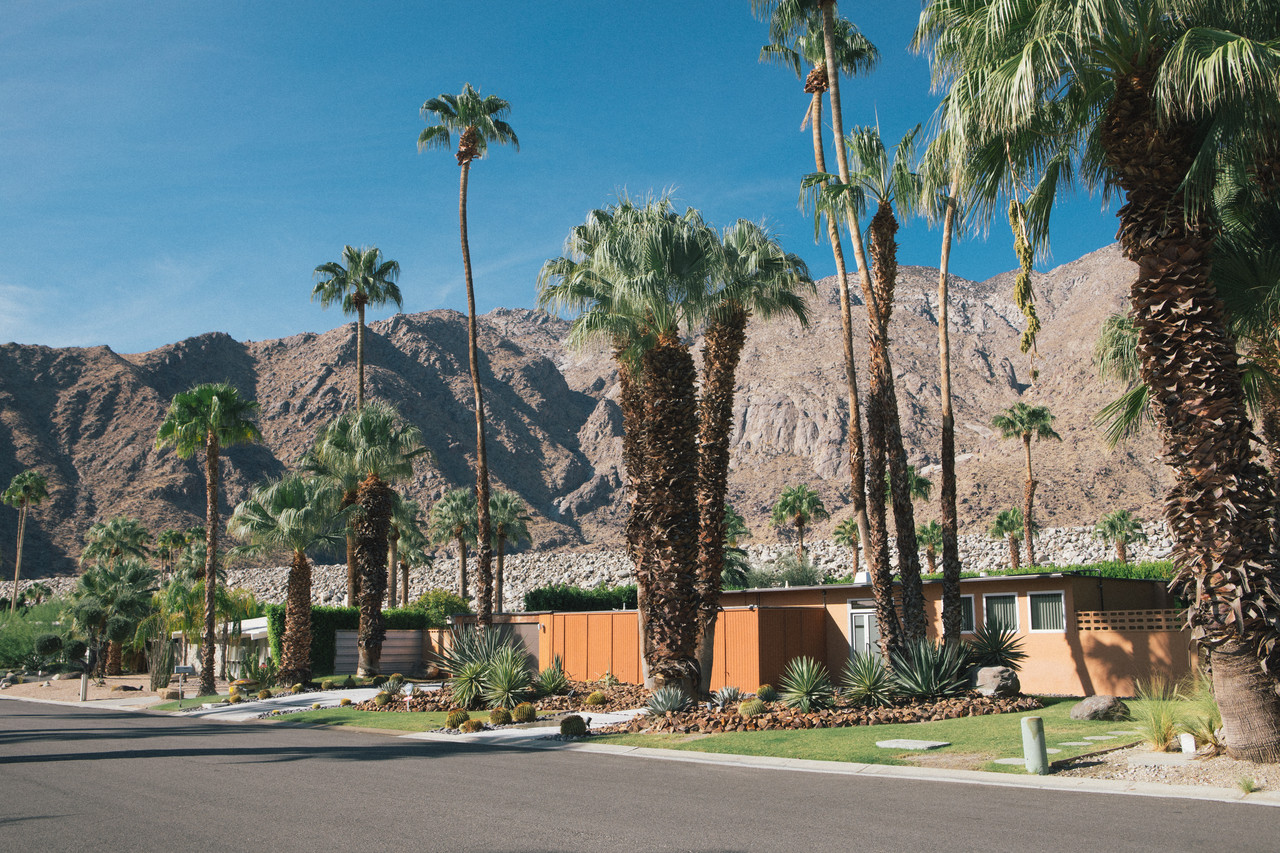 Some of the events are aimed at a younger crowd, such as massive, hotel pool parties with wall-to-wall dancing in the water. But other happenings attract all ages, like the Stagecoach Country Music Festival, pro golf and tennis championships, the Palm Springs International Film Festival, and Modernism Week, a celebration of the areas Midcentury Modern architecture.

Theres a more diverse group of people buying houses, says Keith Markovitz, a real-estate agent with TTK group of HK Lane-Christies International. Most of his clients looking at $1 million-plus properties are in their 50s, many getting a foot in the door with a second home with the intention of spending more time there as they get older. They want to be around energetic, creative people

The average single-family home sales price has surged during the resurgence, up 71% to $541,215 in June 2018 compared with June 2011, according to the California Desert Association of Realtors. Homes selling for over $1 million accounted for 8.4% of the sales in the second quarter of 2018, up from 6.2% from the same period three years ago, according to Diane Williams & Associates. At the highest end, the upswing is even more pronounced, with seven homes selling at $7 million and above compared with four for the same period in 2017.

This change in attitude isnt without conflict. People complain it can be harder to get dinner reservations and theres more traffic. A burgeoning party scene has prompted several cities to forbid short-term vacation rentals in certain areas and enact other ordinances. Between January and June in Palm Springs alone, 820 complaints were made to the citys vacation-rental hotline, mostly for noise, according to the City of Palm Springs.

Palm Springs has gone through this cycle before. Long renowned as a playground for the Hollywood elite, it turned into a spring break destination with drunken youths disrupting traffic, peaking in 1986 with whats known as the Spring Break Riot, which led to tear gas and arrests. When former pop star Sonny Bono was elected mayor of Palm Springs in 1988, he led initiatives, including banning thong bikinis and blocking off roads with concrete barriers to keep the spring breakers away.

In 2009, with tourism sharply down, the city changed course: The Palm Springs tourism bureau sent a text message to 55,000 college kids that read Skip Cabo, come to Palm Springs. Coachella, which started in 1999, expanded into a two-weekend event, and new hip hotels appeared. Now, the average vacation rental goes for $350 to $450 a night and up to $600 a night during the big events.

Homes in the Valleys country-club communities, which attract the most retirees and baby boomers, are not part of the party scene, but they have, for the most part, reaped the benefit. Eleven out of the 19 country-club communities tracked by Diane Williams & Associates showed an increase in average sales price, ranging from 3.2% to 19.5%, for the year to date compared with the end of 2017.

Betsy Rosen lives in a gated golf community in La Quinta seven months a year. Ms. Rose, a 62-year-old occupational therapist, says the biggest benefit of events like Coachella is that they make the area a more appealing place for her three children, who are in the 20s and 30s, to visit. During Coachella, theyve invited as many as 20 guests to their house. Its been great for my family, she says.

Homes in the Vista Las Palmas neighborhood of Palm Springs

Just as Art Deco architecture helped revive Miami Beach in the 1980s from a rundown retirement community to a hip, happening international destination, Midcentury Modern is attracting the design and style conscious to Palm Springs, Calif., fueling music and art festivals, Modernism Week and bringing younger visitors to all nine cities in the Coachella Valley.

The citys bent toward modernism began in the 1920s with buildings and hotels, and took off in the 1950s and 60s as famous architects like Richard Neutra and Albert Frey designed futuristic homes. The style became iconic when Elvis and Priscilla Presley honeymooned at the House of Tomorrow designed by William Krisel and Dan Saxon Palmer, and John Lautners Elrod House scored a role in the James Bond film, Diamonds Are Forever.

Real-estate agents say buyers will pay a premium of 20% to 30% for a Midcentury Modern home. For example, a 2,700-square-foot 1952 home on two-thirds of an acre by E. Stewart Williams sold in May for $3 million, which is just over $1,100 a square foot. Non-Midcentury Modern homes average $300 to $350 a square foot, says Deirdre Coit, a real-estate agent at Deirdre Coit and Associates at Berkshire Hathaway Home Services.

Write to Nancy Keates at nancy.keates@wsj.com

Back to Media Coverage
Copyright 2021 Woodbridge Pacific Group, LLC. The improvements, amenities, information and materials described herein, are intended to provide general information about proposed plans of the developer and are subject to change or cancellation at any time without notice. Renderings and depictions are not to scale, and are an artist’s conception of proposed future development of the property depicted. Home design, materials, features, amenities, and/or prices may change without notice. Land uses are conceptual only, subject to government approvals and market factors. Prior to execution of any agreement, you should obtain and review the California Final Subdivision Public Report and the project documents. No Federal Agency has judged the merits or value, if any, of this property. Equal Housing Opportunity. Models do not reflect racial preference. All square footages are approximate. Woodbridge Pacific Group, LLC is the general contractor and project administrator. All sales activity requiring a California broker license is conducted by Muirlands Real Estate Group, Inc. CA RE License 01949603.