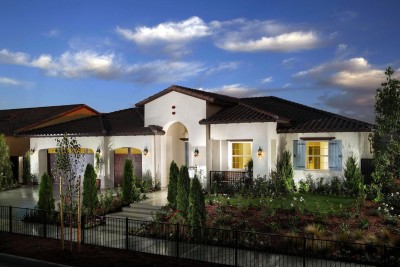 Mission Viejo-based Woodbridge Pacific Homes expects to begin grading later this month at the southeast corner of Allen Road and White Lane, where three- to five-bedroom homes scheduled to be finished in about a year are expected to be priced starting at about $600,000.

Woodbridge President Todd Cunningham said he has a waiting list a couple of hundred names long after the company sold out of product, having built 400 homes during the last several years at its master-planned Belcourt project.

Interest has been especially high, he said, among local health-care professionals and people from Los Angeles looking to telecommute and get away from densely populated urban areas.

News of the construction plans were welcomed Friday by local real estate agents who said it'll be helpful to have homes to offer Bakersfield residents who want to sell their more modest homes.

They say there is demand, and an insufficient supply, of homes priced in the range Woodbridge is talking about. But the hottest properties these days are homes priced closer to the city's median sale price of a little more than $300,000.

Even so, the president of the Bakersfield Association of Realtors, Ronda Newport, said there's a shortage of homes for sale "across the board (at) every price range."

"We'll take whatever we can get," she said.

Bakersfield Realtor Jeanne Radsick agreed more product is needed locally and that Belcourt's expansion will lead to more moderately priced homes being listed for sale. She noted the area is part of a growing community that can accommodate more homes.

But she added it would be nice to get more new homes built for sale in the $300,000 range. The challenge as she sees it is encouraging elected leaders to expedite the building process as the city runs low on land ready for new-home construction.

"Hopefully," she said, "we'll find ways to expedite those processes."

Belcourt's expansion will comprise three neighborhoods named Mahogany, Patina and Sterling. With community amenities such as a resort-style pool, spa and large fitness center, the homes will be linked by sidewalks and trails with a 300-acre business park developed by property owner Bolthouse Properties.

Back to Media Coverage
Copyright 2021 Woodbridge Pacific Group, LLC. The improvements, amenities, information and materials described herein, are intended to provide general information about proposed plans of the developer and are subject to change or cancellation at any time without notice. Renderings and depictions are not to scale, and are an artist’s conception of proposed future development of the property depicted. Home design, materials, features, amenities, and/or prices may change without notice. Land uses are conceptual only, subject to government approvals and market factors. Prior to execution of any agreement, you should obtain and review the California Final Subdivision Public Report and the project documents. No Federal Agency has judged the merits or value, if any, of this property. Equal Housing Opportunity. Models do not reflect racial preference. All square footages are approximate. Woodbridge Pacific Group, LLC is the general contractor and project administrator. All sales activity requiring a California broker license is conducted by Muirlands Real Estate Group, Inc. CA RE License 01949603.